When to send your child to school 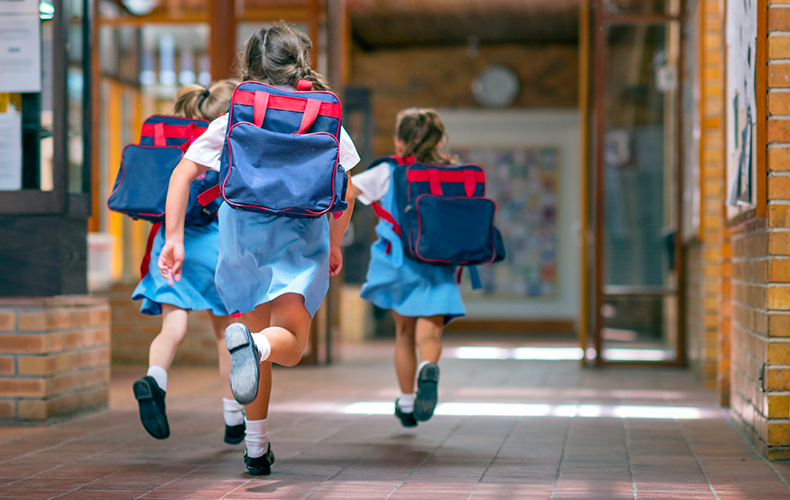 A new report has found students who are older when they start school are outperforming their younger classmates.

The report, led by the University of NSW, showed 25 per cent of students in NSW are starting school later than they are first eligible.

It also found 25-35 per cent of children from affluent families were likely to be kept at home for an extra year.

Study co-author Dr Kathleen Falster said other factors – like health and maturity – were affecting the age students start at school.

“Children who were from relatively advantaged families and neighbourhoods, they were more likely to delay school entry, but we also saw other things like if the children had higher health and developmental needs in the early years,” Dr Falster said.

While all Australian children must be in school by the time they turn six, they can be as young as four-and-a-half in NSW and Western Australia, the Northern Territory and Queensland.

For each extra month of age, children are showing better developmental skills.

Dr Falster said while the differences may be minor between students a few months apart, when students are up to one year apart in age, the development difference becomes significant.

“Month on month, there are small differences in kids development across the age spectrum. When you’re comparing an August and December-born child, the difference is pretty small.

‘Not possible’ for many migrant families

The report showed that migrant parents and low-income earners were more likely to send their children to school earlier, rather than holding them back.

Experts said this is evidence that the high cost of childcare is leaving parents with no option but to send their children to school early.

Early Childhood teacher Jessica Brown said parents who cannot afford to keep their children in childcare have no choice but to send them to school, even if they’re not ready.

Childcare workers said these social inequalities are translating to performance inequalities in the education system.

The president of the Australian Childcare Alliance, Paul Mondo, said the age gap between students starting school can have ongoing consequences on teaching and the effectiveness of the curriculum.

“It really changes and impacts the curriculum and the teaching models for teachers in those circumstances.

“Those age differences maintain, obviously across the whole spectrum of school and realistically, considering if we use NSW as an example, you don’t have to turn 5 until July 31 in the year you start school, if you just make that and a parent chooses to delay a child, that gap is profound.”

He said to prevent inequalities from continuing through the system, there should be a fixed starting age for children nationally.

“The range of concerns are relating to a broad developmental differences between a four-and-a-half-year-old and say a six-year-old child which could occur in that circumstance,” he said.

“Ultimately, a decision around a school starting age should not be impacted by whether a parent can afford to or not afford to make that decision for that child but rather on a child’s developmental readiness.”